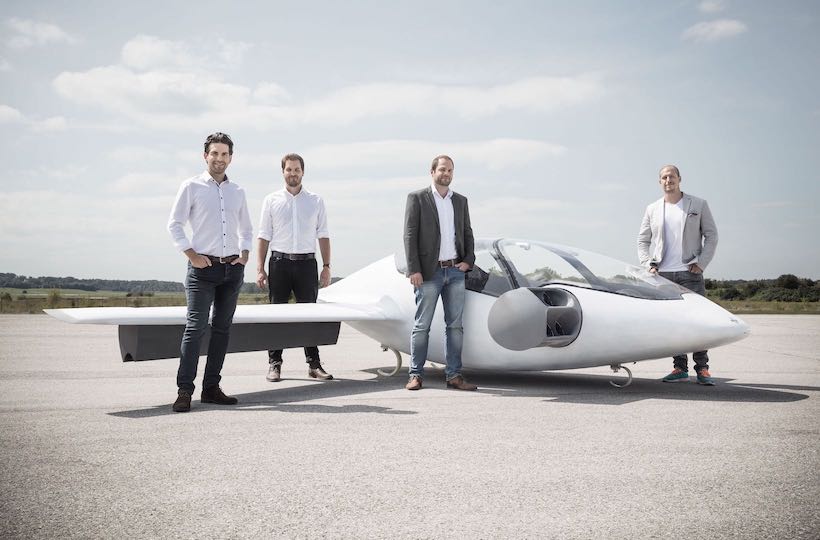 As the owner of a flying school I am often frustrated with the media and how they represent general or recreational aviation in Australia. The coverage  is either news of an aircraft crash or how some flight school has either closed down or is struggling to survive with dwindling student numbers.

Rarely do the media portray good news stories of individuals or organisations which are making a positive difference in the flight training industry.

The last positive large-scale media release for general aviation that I can remember was the story of Lachlan Smart from the Sunshine Coast being the youngest pilot to fly around the world in a single engine Cirrus aircraft (incidentally he did one of his first trial flights with GoFly).

The latest news hitting our media outlets refers to the collapse of many general aviation schools and the demise of VET fee help for aspiring pilots.

I have always been an eternal optimist and I honestly believe that the future of general and recreational aviation has never been brighter. We are currently in the midst of a transition from what I call industrial low-tech thinking and low-tech machinery to high-tech thinking and technology.

Part of the decline in flight training is due to old bureaucratic rules and regulations that do not make sense in today’s high-tech culture and partly due to many industry professionals and business owners not willing to change with the times (e.g. trying to attract new young trainee pilots by using a 40 year old Cessna for flight training).

Below I have outlined five reasons why the future of flight training and General and Recreational Aviation has never been brighter.

Flight simulation, augmented and virtual reality will be the next huge growth industry

Flight simulation, augmented and virtual reality will be reduce the cost for pilots of learning to fly and of remaining current. It will allow flight schools to introduce advanced simulation training at a greatly reduced capital acquisition cost. Augmented reality will allow both flight simulation and hardware to co-exist simultaneously. Online training will be available in standard interactive and a 360 immersive environment, to allow students to study and train anywhere, anytime. We have just created and offered the world’s first 360VR flight lesson at www.gofly360.com.au With augmented reality you could have an instructor teacher online and explaining the lift to drag ratio at home in your loungeroom while you can still see everyone else in the room. I would also suggest looking at www.magicleap.com to see how this technology is going to impact on training.

I am amazed at how few industry professionals know about these sweeping changes that have just taken effect in the USA. The new rule replaces the old certification rules that were exceedingly expensive and cumbersome. Basically, under the old rule, to certify a newly designed and introduced four seat General Aviation Aircraft would cost anywhere from $10-15m million. The cost will now be $1-2 million. Similar to how Sport Aviation has reinvigorated the flight training and leisure flying industry, I believe this new change to the certification will as well. Under the ‘Part 23’, electric aircraft are also covered and this will allow innovative entrepreneurs to design, test and certify new revolutionary aircraft which will inspire individuals to learn to fly. It will also bring the cost of each aircraft down, making purchasing an aircraft for personal use more affordable.

The rise of the electric aircraft

When I suggest to students and friends that within 10 years a large proportion of recreational aircraft will be electric, I often get laughed at. The main area of contention  in the debate is battery weight and power. While I agree that current battery technology works fine for cars, the weight and charge issue is still an issue for light aircraft. They just are not (yet) as efficient as piston engines in relation to weight versus power. Car manufacturers are currently spending billions of dollars on battery research (thanks Elon) and development, to improve energy density for a longer drive times. This technology will flow through to aviation. Pipistrel aircraft already have an electric aircraft trainer called the Alpha. It has a battery life of just over an hour which is fine for flight training. They are also developing a four- seat electric aircraft called the Panthera (www.panthera-aircraft.com ) Electric aircraft will reduce the cost of flight training as fuel is cheaper and maintenance costs will reduce, making flying safer as electric engines are far more reliable than piston engines.

A new age of personal and recreational flying, the Electric VTOL

Of all the new technology that will assist with reinvigorating the light aircraft industry none offers as much hope as the VTOL electric aircraft. One of the issues with using aircraft for personal transport is that you currently have to physically land the aircraft on a narrow runway in sometimes challenging or windy conditions. Basically you have to fly a lot to remain current and safe, and although landing an aircraft on a runway in challenging conditions is extremely rewarding many individuals just find the thought of doing this beyond their capability. Added to this is the fact that you cannot land a fixed wing plane where you want, you will always require an airport.

I believe that the advances in VTOL technology and fly by wire system will make piloting an electric VTOL aircraft easy for anyone. The onboard computers will adjust to the wind and allow you to land with pinpoint accuracy almost wherever you want. Uber is also in discussion with companies who are developing this technology for on demand air travel. Imagine being able to take off vertically from your rural home and commute to work 100kms away within 20 minutes of flight time and land beside your workplace at a VTOL landing station. Don’t believe this is coming? I suggest you take a look at Boeing’s recent announcement about $2m in prizes for the invention of the world’s first personal aircraft and  the technology being used at  www.lilium.com

Airlines are growing and pilot-less airliners are still a long, long, long way away

The International Air Transport Association (IATA) predicts airline passenger numbers will double over the next twenty years. Latest research also suggests less than 20 percent of us would be comfortable flying in an airliner without a pilot (fully autonomous). Long story short, the demand for airline pilots is going to be here for a long time. What is currently lacking is innovative government regulation. Currently most governments still insist on offering a commercial pilot’s syllabus that was devised just after World World II. I believe governments will eventually be forced to change their current regulations to cope with the impending pilot shortage. I believe that the future of Commercial pilot training could look something like this.

What is required is more innovative and entrepreneurial thinkers and doers to make this future a reality. The good news is that much of what I have discussed is already happening. I am very excited about the future and cannot wait to be able to offer flight training in an all electric VTOL aircraft at GoFly Aviation in the not too distant future.

What you believe is self-fulfilling: if you believe the future looks bright for aviation then that is what you will create and expect. As the brilliant science fiction author William Gibson once stated, ‘The future is already here – it’s just not evenly distributed yet’.