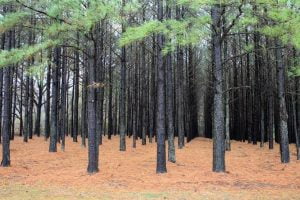 Why we decided to make our flight school carbon neutral

As far as we can tell, GoFly Aviation is the first flying school in Australia to become carbon neutral for our aircraft emissions. We do this by paying a carbon offset organisation to plant trees to offset the amount of carbon our very fuel-efficient light sport aircraft put into the air every year.

I believe that we are all contributing to the slow destruction of our planet by using fossil fuels. I love flying but I don’t like the idea of polluting the air any further. As the owner of the company, I am trying to relieve some of the guilt I feel about adding more carbon to the air.

When I tell people that GoFly has gone carbon neutral, I often get blank looks: the individual either doesn’t know what I am talking about, or believes, like many others, that global warming is not real.

I really don’t care whether you believe in global warming or not. What I am more concerned about is individuals not taking the time to think about an important subject deeply, before forming an opinion, and this includes myself.

The polarisation of the climate debate and the ego

It amazes me how passionate many individuals are about climate change and how polarising the subject can be for so many individuals. On one side of the debate we have the Extinction Rebellion members who believe our planet is doomed and we have limited time to repair what we have already started. On the other end of the spectrum are the non-believers who think the entire global warming movement is propaganda and that climate change is just a naturally occurring phenomenon and temperatures have risen and fallen for thousands of years. Recently Facebook has become filled with posts with each side trying to quote scientists and facts, to prove to the other side who is right and who is wrong.

I sit somewhere in the middle; believing in global warming but also believing that we DO have time to correct the damage if we make intelligent and logical choices now.

This blog is not about proving to anyone the science behind my beliefs and not trying to convince anyone that either scenario is right or wrong. What I do think is crazy and seems to be left out of the media and collective conversation, is that: it doesn’t matter whether global warming is real or exaggerated, clean energy is STILL a better solution for everyone and for our planet.

Groupthink: the enemy of individual thinking and contemplation

The term groupthink refers to the phenomenon where a group of people who have the desire for harmony or conformity, and tend to think and agree on the same subjects without proper investigation or free thinking. Thanks to the rise of social media, ‘group thinking’ is becoming more prevalent. The flipside of this is that fewer and fewer of us are taking the time to think deeply about important topics which affect us now and will affect us in the future. The climate debate is one such example which encourages group thinking from both extremes, from the non-believers through to the mass extinction believers.

We are all guilty of group thinking from time to time and we are all capable of deep independent thinking if we know the right questions to ask. Today I am going to provide some questions for you and I would love for you to start thinking deeply about these questions.

Do you think clean energy is bad for our planet and humanity?

Clean energy is generally referred to as energy from the wind, sun, or water, which is renewable and does not pollute the atmosphere nor its production damages the planet (or at least which damages the planet considerably less than the mining and production of fossil fuel energy such as coal, natural gas or petroleum). Clean energy may also include other technologies that have not been developed yet, such as Thorium Nuclear fusion reactors, but for the moment let’s just focus on the three conventional sources of clean energy.

I would like you to think about solar, wind and water energy and ask yourself:  is there any negative effect for our planet as a result of using this type of energy to slowly replace fossil fuels over the next 30 or so years?

Do you think air pollution and smog is good for us? 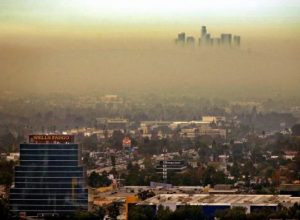 As everyone knows, Los Angeles suffers from extreme smog. This is fact and we know that the majority of  smog is caused by fuel being combusted in cars, trucks and other vehicles. Study after study has proven the long term serious health effects of living in cities with high pollution levels. Just ask any asthmatic who lives in LA the effect that smog has on their asthma. In fact air pollution has now been linked to dementia.

Most of you will agree that a world without dirty, smelly air pollution would be better for everyone. Clean energy has the potential to eliminate smog entirely from our big cities. Is clean, breathable air not worth the effort of moving to renewable energy?

Do you think coal mining for energy use makes sense? 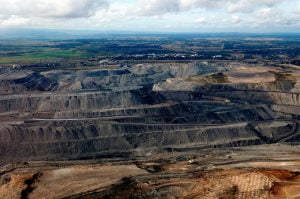 Have you ever seen an open-cut coal mine? As a flying instructor and commercial pilot I have flown over plenty of coal mines during the last 30 years of my flying history. I can tell you they are extremely ugly and very damaging to the earth’s topography. I have heard the argument that many coal mines are situated in non-populated areas that no one can see them so why does it matter.

Let’s take this argument out of the equation again, and let’s assume you have a choice: to dig a huge, dirty hole in the earth that will take thousands of dollars or years to return to its previous state, or, to use that land for something else and make use of a clean energy source. Yes, wind turbines and solar farms may look ugly but they affect the ground and topography a lot less than an open cut mine does and there is no chance of pollutants getting into our waterways.

Around 450 million tonnes of coal is mined in Australia each year, of which 380 million tonnes was exported. Coal provides fuel for about 69% of electricity production in Australia. Coal, natural gas and oil are non-renewable, finite resources, and will run out one day. Do you think it makes sense for us to slowly remove our reliance on coal as an energy course and replace it with clean energy?

Would you prefer that your home was completely independent of the electricity grid and used clean energy? 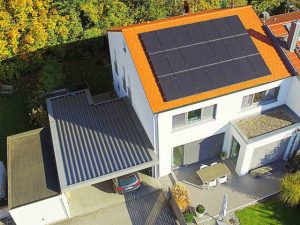 Imagine if some time in the future you could have cost-effective solar panels plus battery storage at your home which made your house completely independent and using renewable energy. After the initial outlay, there would be no more rising electricity bills, no more power blackouts and no guilt about leaving appliances or lights on. Would this be something you would prefer over the existing system?

Would you prefer to drive an electric car or petrol car?

Imagine if some time in the future you could have cost-effective solar panels plus battery storage at your home which made your house completely independent and using renewable energy. After the initial outlay, there would be no more rising electricity bills and no more power blackouts. Would this be something you would prefer over the existing system. 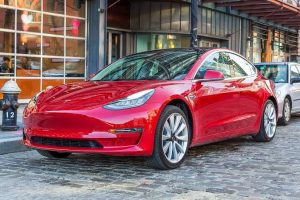 Would you prefer to drive a car that needs a lot of servicing and adds to the air pollution in your town, or would you prefer to drive an electric car that is quiet, with no vibration and almost no maintenance?Also if you already had the solar panels on your home, you would have the  possibility of using a charger that uses energy from the sun. Would this be better than your existing car owning experience?

Would you prefer to fly in an electric or piston aircraft? 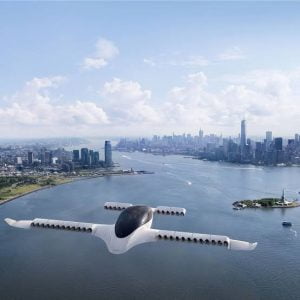 An electric aircraft would be quiet, with almost no vibration, have little maintenance required and be up to 100 times more reliable than a conventional piston engine which would also lead to better safety.  A flight school could have the entire hangar covered in solar cells to power these aircraft from solar energy. Wouldn’t this be better than filling up the air with pollution?

So hopefully I’ve made my point. I believe much of the anti clean energy sentiment is due to the natural human tendency to fear change. If change is thrust upon us too quickly, we tend to retreat back to what we know and are comfortable with.

For the coal miner who has spent the last 20 years earning a good income and providing for his family, the thought of losing his job with the introduction of clean energy, is real and confronting.  There are so many businesses and individuals who are living comfortably now with our existing fossil fuel energy grid, so why change?

I believe a slow change to clean energy over a prolonged period of time is the answer. Slow change will allow individuals and companies to adapt and reinvent themselves.  For instance, I have a 10 year plan to replace all of my unleaded petrol aircraft with electric planes by 2029. While there are electric aircraft available now, the cost of this technology is too expensive and the rapid change could place my business at risk.

What if everyone who is earning a reasonable income now,  made a commitment over the next 10 years to replace their cars with electric cars and to upgrade their housing to be completely off-grid with clean solar energy? Within 10 years the cost of electric cars, and solar battery units for houses, will be affordable for most middle to high income individuals, so why not put a plan in place today?

You have nothing to lose and everything to gain! Taking your ego out of the equation

When it comes to the global warming debate, so many of us want to prove the other person wrong: ‘Look at this evidence here!’ ‘No, my evidence is better than your evidence and this why I am right.’ ‘You are fools for believing in global warming!’ ‘Why are these people not believing the scientists? ‘ It goes on and on and on.

I often make the joke to atheists that you have nothing to lose and everything to gain by believing in a higher power, for two reasons: if you’re right (and there is no God) there will be no one to congratulate you on how smart and right you were when you die; and, if you’re wrong, you’re going to miss out on heaven.

Having faith is a bit like believing in global warming. As a society and as individuals, over the long term, we have nothing to lose and everything to gain by adopting clean energy whether we believe in global warming or not.

You may or may not be pleased to know that I wrote this blog while using a computer which runs on 100 per cent solar energy.  It certainly makes me feel good to know my power bills are reduced and I’m using green energy.

This is why we decided to become carbon neutral at GoFly, not because I really care about what others think or believe, but because I came to the conclusion after a lot of thinking, that paying for carbon offsetting has more benefits than negatives.

If global warming proves to be real, then at least I will know that I did my part to reduce emissions. If it’s not real, then I will know that at least I helped employ some individuals to plant some trees and make the planet less polluted and more beautiful, and that makes me feel good, whether you agree or not.