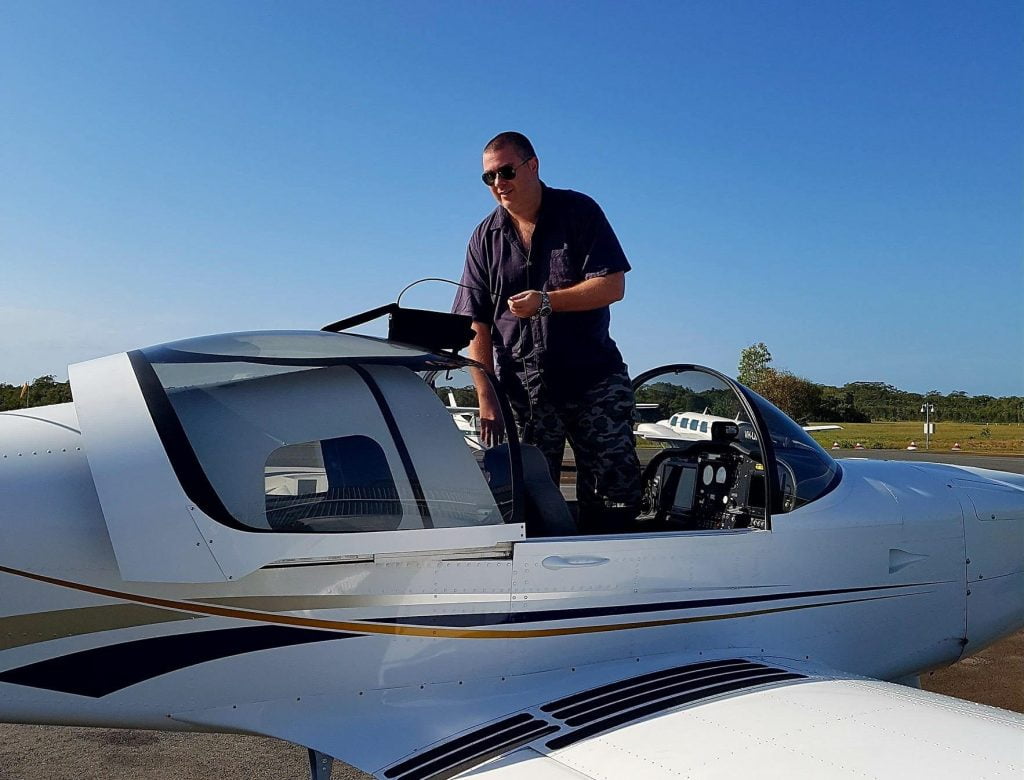 Training with GoFly in a Sling aircraft 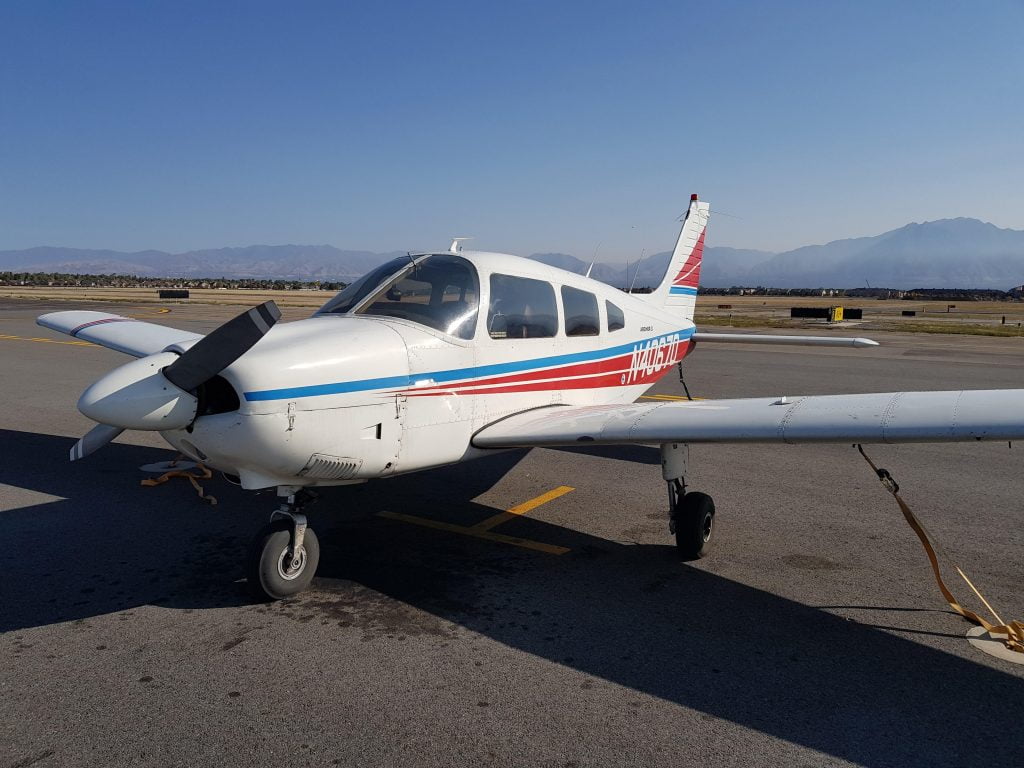 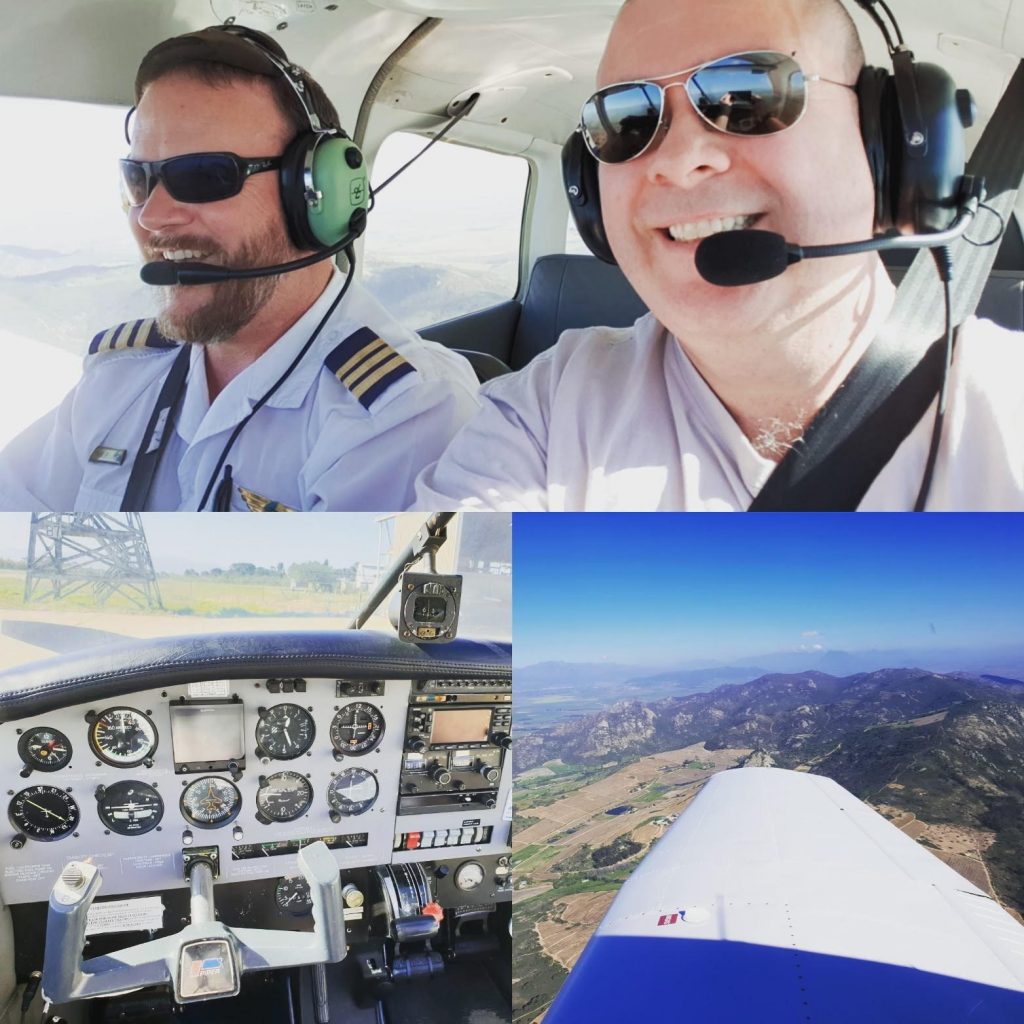 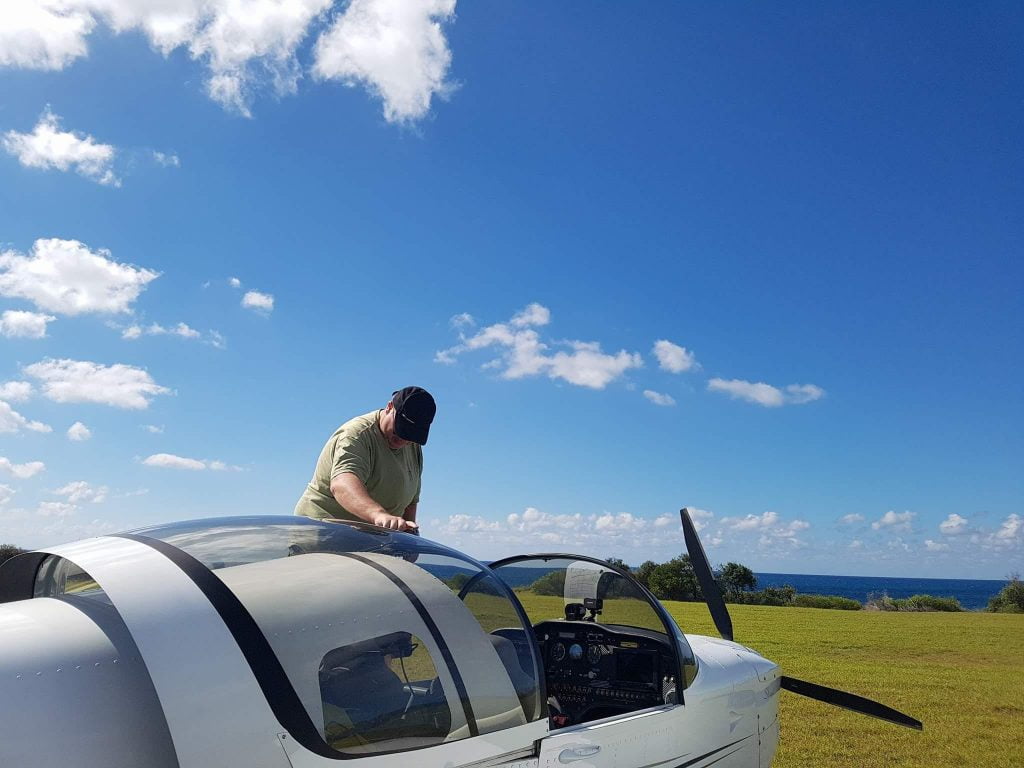 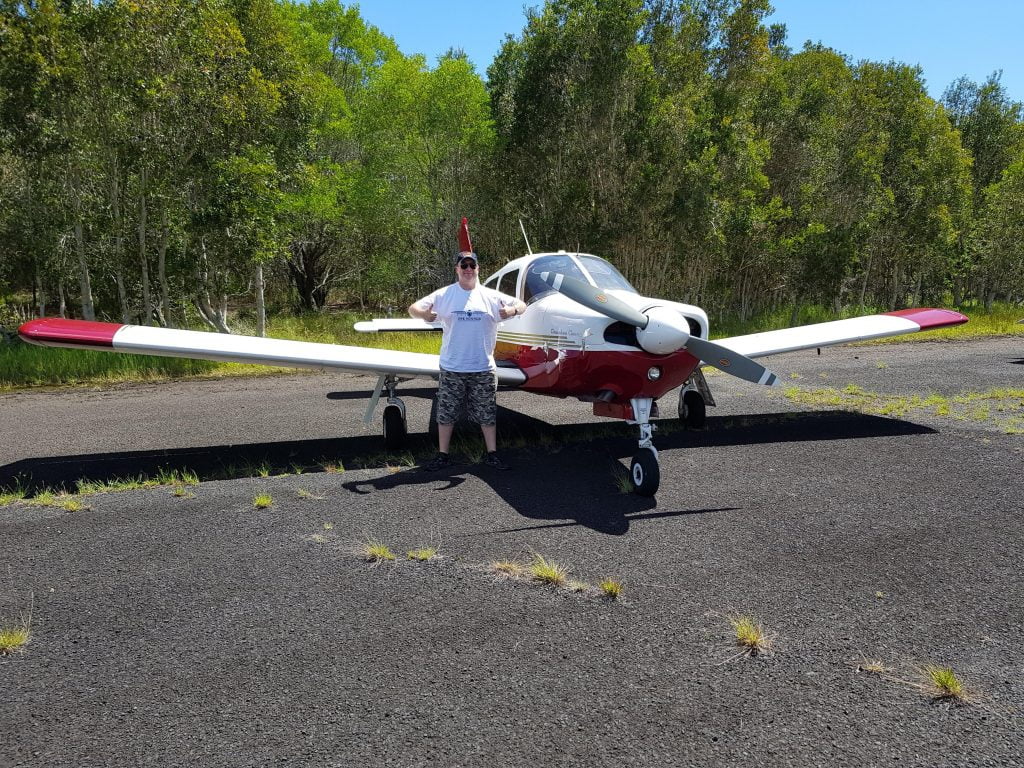 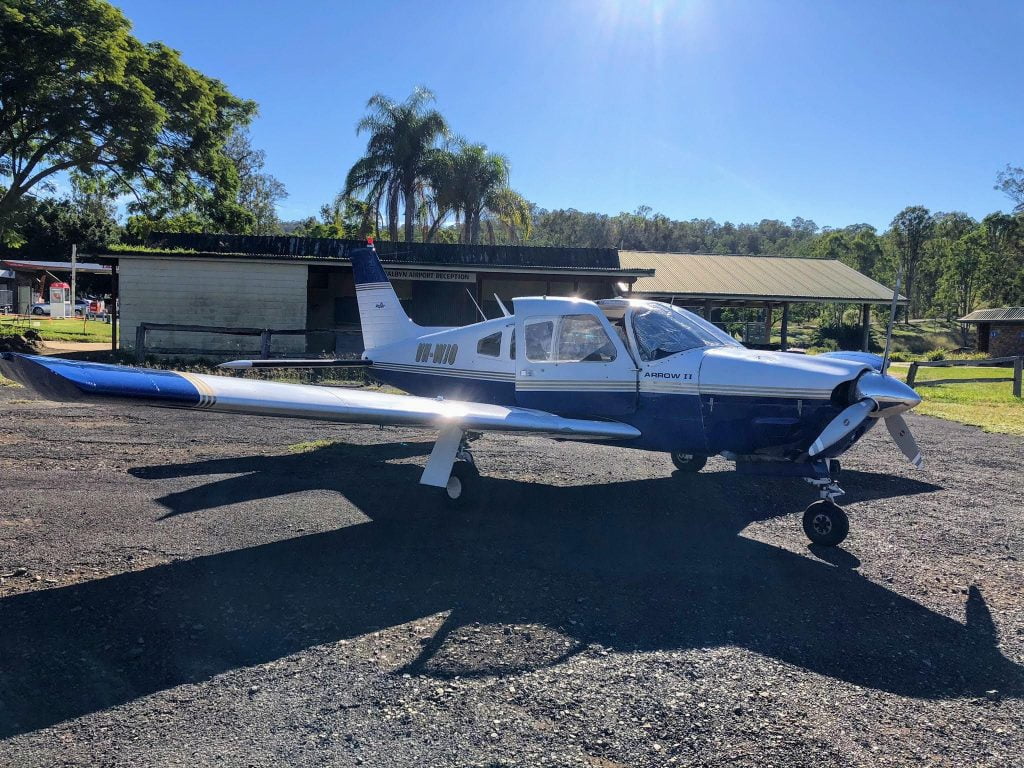 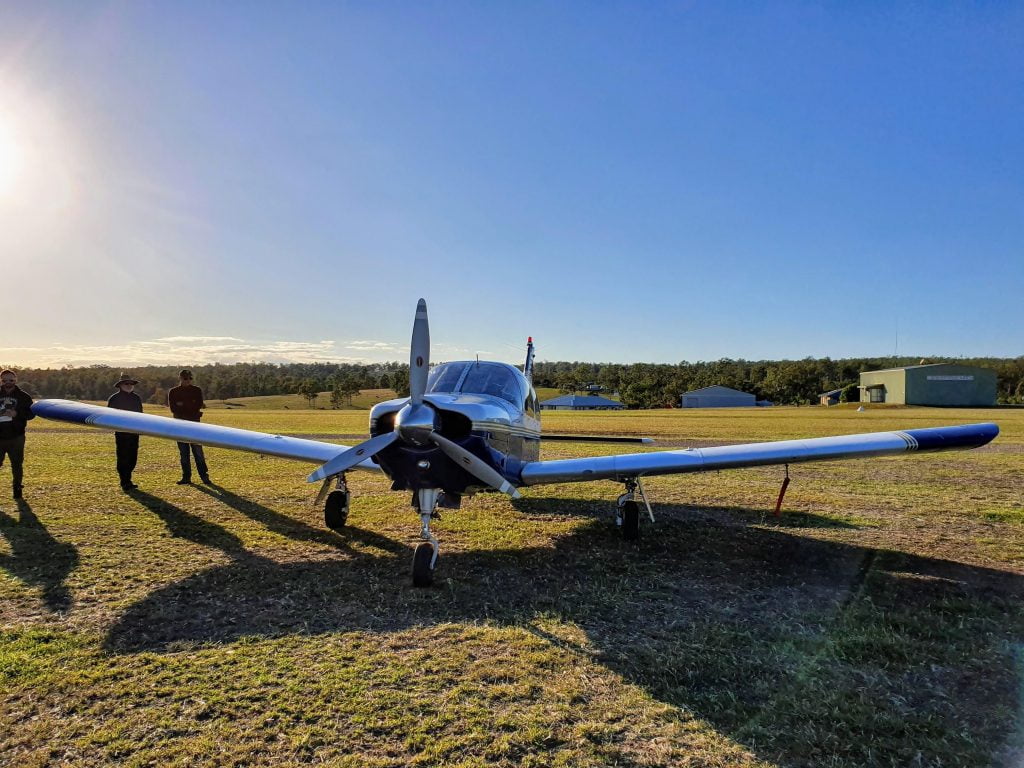 My flying journey started in 1995 at Bundaberg Aero Club, in a Jabiru. Unfortunately due to insufficient funds, I was unable to continue at that time. A few years later in 2000, I was able to pay for some more flying so I returned to David Eyre and Bundaberg Aero Club, and did a few more lessons in Jabiru Q875. After a few months I secured a job in Townsville which meant that sadly, I had to stop again.

Fast forward 16 years… to my 37th birthday and while we were away my lovely wife said to me, ‘You have always wanted to fly, so go back and do it!’ So I did just that!

After lots of enquiries to different flying schools, evaluating costs and many other factors, such as looking for a good new aircraft (if that was possible), I called GoFly and after speaking with Damien, meeting with instructors Ali, Callum and Joel, I knew I had picked the right flight school. My journey commenced again! I started flying 1-2 hours every 3 weeks. I would have flown more, but the 1.25 – 1.5 hr drive each way from Brisbane was a lot.

My passion grew and I changed to 1 hr every 1-2 weeks to try and get a bit more current as 3 weeks was bordering on just a bit too long between flights.

I passed my RPC endorsement on 12 March 17, Pax on 30 April 2017 and finally Nav on 11 August 2017. On 23 August 2017, I booked in with Instructor Adam to transition to RPL with in RRP a PA28R-180. It was very different to move to a steam gauge aircraft after a year of flying in the Sling 8668, but I quickly found that I really enjoyed flying “under the hood” and got used to steam gauges.

In October 2017, I went to Salt Lake City, Utah in the US and decided to go for a fly there. What a difference!  Flying in the US is amazing; so many large airports everywhere. I had my first experience flying a NDB and talking to a controlled airport. I decided then that GA is the flying I wanted to do. The extra complexity and potentially faster, bigger planes was a big drawcard for me!

On my return to Australia I went for my medical and my ASIC. Some more flying with Adam, then on 10 March 20018, I completed my BFR at Archerfield (YBAF) and have been flying GA since (with the occasional return to Sling 8668 for fun).

In September 2018, we went to South Africa for a holiday so I booked some flying in Cape Town in a Warrior with an instructor. It was an awesome experience flying there out of Fisantekraal Airfield. FAFK is an ex-South African Air Force airfield built circa 1943, and used to operate Lockheed Ventura bombers.

Then I organised a visit to The Airplane Factory in Eikenhof, Johannesburg South, South Africa, where Slings originate. I really wanted to buy a Sling 4 TSi. After an amazing tour, they organised for their test pilot to let me test fly a Sling 4 TSi. Oh my God, what an amazing rocket ship! Tedderfield Air Park (FATA) – at 5508’, it was 35 deg C, 15-20 knot crosswind and the Sling 4 TSi launched up and keep pushing me into the seat. Definitely an amazing plane.

Buying a plane was always a dream of mine. I was looking at planes in the 30-50k mark, seeing what I can get. The repair and maintenance cost was always a worry however.  An annual is due regardless if it has 10 hrs or 100 hrs on it, so that adds to the overall costs, so the idea of a shared ownership made more sense. I saw a post on PLA looking for 2-3 people for a shared cost plane. After meeting and talking some numbers, it made sense.

I had already made the move to GA, and flying out of YBAF was super expensive. So this was the perfect solution…

After some time in the old plane and doing some hour building the Arrow II came up and was a great opportunity to move up in the categories. The other owners are all super experienced, great guys and all willing to get in and work on things as needed.

As far as touring around, my first real adventure away was to YORC, Orchid Beach. I’d seen pics of my old instructor from GoFly there so it was a must-do on my list. Being 4×4 enthusiasts we go to Fraser Island a lot, but to go there and only need to spend an hour or so to do it, is so much better. So Brisbane Ekka Show Day holiday 2017, I booked 8668 and took my wife up there. We had to make a quick pit stop at YMYB, then off to YORC via YHBA. There was whale spotting and amazing views to be hard. We stopped there for a pie at the Trading Post, paid the $20 landing fee, then departed.

Two years ago I took my wife to the Women in Aviation Day at Toowoomba, another great trip. As part of my RPL conversion, I went to Evans Heads in a Piper Arrow (VH-RRP) with Adam as my instructor, and that was amazing.

I’ve flown Bundaberg for the RFDS and Bundy Aero Club Open Day; so much fun. We also did a weekend flight down to Dubbo to run the engine in after a rebuild. I would not recommend doing this in a weekend. Four hours each way was very tiring. I would think for that sort of distance, give yourself some time at the location.

Gympie Aero Club do a breakfast fly in once a month and this is a great opportunity to meet other pilots. Another place I’ve flown to is the Lismore Airshow.

And so far, the best by far, was The Hangar House. It’s the perfect getaway; staying at Mudgee Airfield in luxury. You can take a few days, go on some wine tours and relax.

Some upcoming flyaway plans include Shute Harbour 2019 fly-in and in October I will be going to Narromine.

Future plans include trying to plan to go to Oshkosh this year or next. I plan to fly in every country I visit if possible. I passed my PPL exam and just scheduled my PPL flight test, while studying for my CPL. I’m only at 165 hrs at the moment so need to get to the 200 hr mark to do my CPL. After CPL, I’d like to do Angel Flights.