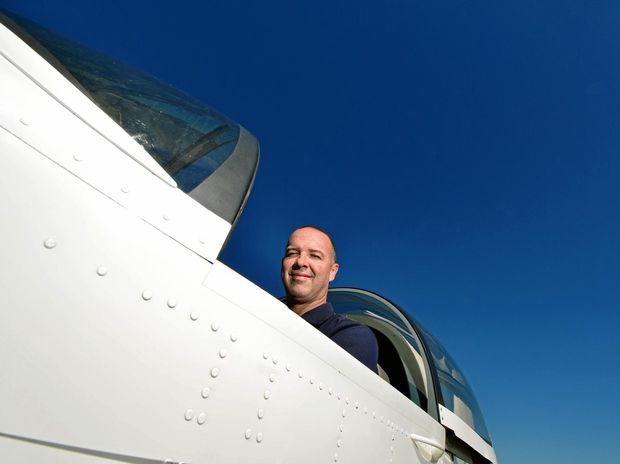 I have been involved with the aviation industry now for over thirty years. I have been a charter pilot and flight instructor and have now owned my flight school for almost ten years.

While I don’t consider myself an expert, the fact remains that my business is still thriving despite the current doom and gloom portrayed in the media about the demise of General Aviation and the inability of CASA and other governing bodies to assist the General Aviation industry.

The local news is full of articles about the current and projected pilot shortage and the difficulties General Aviation is having in remaining viable in this country. Add to this the other stories suggesting our entire General Aviation fleet (or what’s left of it) and the news that a lot of our flight schools are being sold to China, then it is no wonder the general public (and future pilots) are becoming concerned.

I am amazed at how many flight school owners and aviation enthusiasts love to complain to the media how tough General Aviation is, but cannot offer any solutions to the issues facing the industry. I would suggest that instead of complaining about the current state of the industry (no one likes a whinger) we should look for ways to improve the current system.

The only two constructive news stories I have read in the last year are:

While flight training numbers in General Aviation have been on the decline, student numbers for recreational flying schools have been increasing. This is not surprising given the cost difference for training and the age difference in the aircraft. I hear a lot of individuals complaining that General Aviation Schools have a disadvantage over Recreational Flight Schools in relation to compliance costs, such as having to obtain an AOC. Another issue is the instructors leaving the schools to join the airlines, making it difficult for businesses to maintain adequate staffing levels.

We all want the same thing

Why is there currently still some hostility between RAA and GA schools and governing bodies? The reality is that we ALL want the same outcome: to grow and promote flight training in Australia. Why do we have a General Aviation versus Recreational Aviation mentality?

Below I will offer some possible solutions to key issues affecting the flight training community, as a talking point to generate interest in improving the Australian General and Recreational Aviation industries.

This would not reduce safety, you would still need to to meet the the current Part 141 requirements. I would suggest a simple checklist of the requirements then a set fee (say $3,000) for a CASA-approved person to audit the new school and give approval. The audit process would be annual.

Presently you can register many of the RAA aircraft as a VH-registered aircraft. For instance at GoFly Aviation we have recreational Sling aircraft, however, we could have VH-registered one or more of them and used them for PPL, controlled airspace and night training, using a General Aviation instructor (Grade 3 or above). Under the present rules, if we had done that, they could no longer be used for Recreational flight training. This is a crazy situation. A common sense approach would be to allow the aircraft to be dual registered so they can be used for both types of training and thereby offer a better financial return for the flight school and better price for the students. RAA would still receive their registration fees and everyone wins. One way to do this would be to simply add the letter ‘R’ after the VH registration to let people know that the plane was also registered for Recreational training.

One of the reasons GA is dying and Recreational flying is increasing is that most new students are not excited when they sit in a 20-30 year old Cessna 172. Young students who have grown up with high tech devices DO NOT want to fly in old Cessnas.

Recreational aircraft are modern and innovative aircraft available for a fraction of the purchase price of new equivalent General Aviation aircraft. Recently, one of my friends who is a 737 Captain mentioned that one of my Slings had the same level of advanced avionics as the 737s which he flies.

Other than weight, I do not see any difference in doing a CPL flight test in a high performance 120 kt plus Light Sport aircraft compared to a Cessna. I have heard the argument, ‘A student will not be able to get a job as a charter pilot once they complete their CPL if they don’t train in a high performance type aircraft’. To counter that argument, I suggest that the student can simply get endorsed on the type of aircraft which they are looking to fly, after they have completed their CPL. For instance, get a Cessna 182 endorsement if you want to work for a company which uses Cessna 182s. None of my recreational flying students have had any issue transitioning to heavier aircraft; the weight is never the issue, it is more the higher speed. Weight is a consideration going from a Sling to say, a 210. Landing configuration and methods of holding off are different. The principle is the same however. And let’s not forget that these aircraft are far more environmentally friendly than their older counterparts.

This would offer better career transition for recreational instructors and maybe alleviate the future shortage of flight instructors. Flight training is meant to be competency-based, so if an instructor does not meet the required competency level then they simply do not pass the course.

Making all instructor grades competency-based would allow any instructor to sit a flight review for a higher grade of instructor without having to have the prerequisite instructional hours. I know many senior CPL-qualified RAA instructors who have their Grade 3 Instructor rating, however their ab initio hours on an RAA aircraft currently do not count towards getting their Grade 2 licence. This is ridiculous and goes against the entire concept of competency-based testing.

Another alternative would be to offer a ‘higher grade instructor course’. Instead of having to have the minimum hours, you could undergo a 10 hour dual training Grade 3 to Grade 2 course, to improve your standards to the required competency.

To attract and keep more students we should be making sure the exam process is easy for the student. Why put the student through the added stress of travelling long distances to an approved exam centre? By using readily available technology, every flight school could host exams at set times twice per week with the exam room monitored not only by the staff but also via video link to a central CASA auditing team (or independent company).

This would alleviate flight schools from having to purchase and maintain expensive twin-engine aircraft. Airlines are starting to accept direct entry pilots who have single-engine turbine time but no twin engine aircraft experience (although you would still need a twin-rating IFR).

I believe that unless you want to conduct twin-engine charter in a light aircraft, the twin-engine instrument rating requirement is ridiculous. There are many General Aviation schools struggling to keep and maintain ageing twin-engine training aircraft when the aircraft is being utilised for less than 20% of each CPL student’s training. This is not sustainable.

If you want to fly a twin-engine Baron for charter work, then simply get a Baron endorsement after your training (you will need to do this anyway). Most charter companies will be supervising you in command under supervision (ICUS) for the first 20 or so hours anyway.

Simulators are becoming more cost-effective and more realistic and we need innovative ways to incorporate this training into flight schools. Once again this would attract younger pilots into flight training and benefit them as they are used to using VR headsets and X Box simulators etc.

This would allow both Recreational and General Aviation schools to benefit from VET fee help. The VET fee would be portable and students could also choose to change schools if they are not happy with the quality of their flight training (this would keep schools honest and working towards the student’s best interests, rather than just concentrating on the government funding). Part time courses should also be eligible.

Currently if you do not sit your CPL flight test within two years of passing your CPL exam, the exam result expires. This is despite the fact that if you pass your CPL flight test within those two years but then decide NOT to fly for ten years, your exam component is still current (although you will need a flight review or course). This makes absolutely zero sense. How about we extend the exam time-frame to 5 years to give the self-funded and part-time students more time to sit their flight test?

I am going to end on this point as I think it is absolutely vital for the future health of the Australian Flight training Industry. The Federal Aviation Administration (FAA) is a governmental body of the United States with powers to regulate all aspects of civil aviation in that nation. The FAA appointed an independent review board 15 years ago and we are now seeing some incredibly innovative changes happening in the USA flight training industry. Some of the changes have influenced my thinking about the Australian flight training industry.

I would like to see the Government appoint an independent panel made up of representatives from Recreational Aviation Australia, CASA, General Aviation and Recreational Flight Schools, Australian airlines and innovative thinkers from outside the aviation industry, plus a team from the FAA. Over a one to three year period, this aviation review panel would consider how we can improve and innovate our aviation industry, make recommendations to government and then overseeing the implementation of these changes.

The panel could look at how to reduce regulation and improve innovation without compromising safety – something which the FAA has already achieved. There may be individuals in our government organisations who will resist any positive change because it may mean an end to their current role (or job). But if they do not participate in much-needed positive change, their jobs will eventually be lost anyway when the industry collapses through a lack of vision and innovation.

Feedback on my manifesto is more than welcome and I would love to hear your thoughts about the introduction of an independent aviation review board.