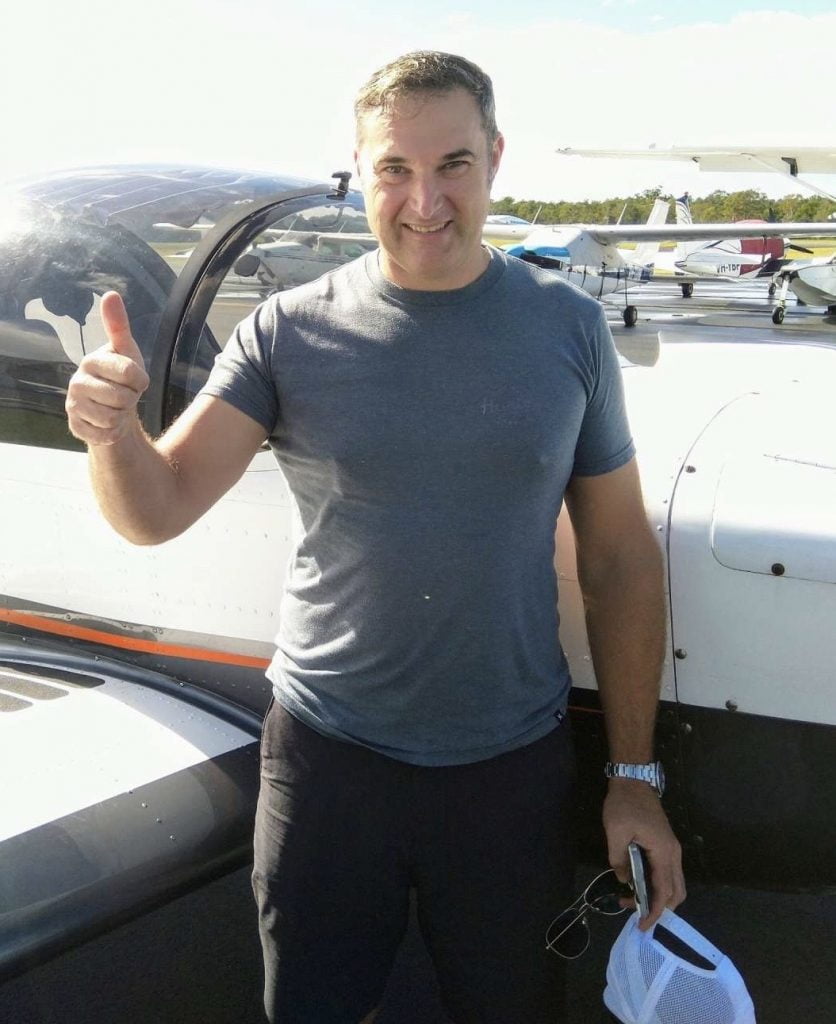 My wife Amanda and I own a wholesale distribution company in the equestrian industry, based in Caloundra. We supply around 1,000 stores Australia-wide plus many other stores around the world. We have two teenage boys and the younger of the two has a real passion for aviation.

Amanda and I were invited to an event at the Cirrus hangar in 2019 as members of the Caloundra Chamber of Commerce. On the way to that event Amanda said to me, ‘Don’t get any ideas; we are NOT going to buy a plane.’ Then on the way home from that event, she actually said to me, ‘It would be great to own one of those Cirrus planes.’ How funny is that!!?

I later went to another Chamber lunch event at Helimods and found myself seated beside David Crawford from Cirrus. He is one hell of a salesman!! By the end of that event we were in the syndicate that Cirrus Caloundra had put together!!

I told David and Ross from Cirrus that now that I’d bought into the syndicate, I needed to learn how to fly this thing. Ross spoke to Damien from GoFly in the hangar next door, and Damien put together a program for me and away I went, learning in the Sling initially and then converting over to the Cirrus.

The reason I have gone down the path of learning to fly and investing in the syndicate is so that I can fly to see all of our customers based all around regional Australia; which will be much more fun and also more convenient than travelling on domestic flights.

I would like to add that the team at GoFly are amazing and extremely professional. They are all extremely friendly and make you feel part of their extended team. It is very intimidating learning to fly, as it is a totally new skill set. Not a lot of people get the chance to fly an aircraft. I cannot put in words how amazing the GoFly team is.