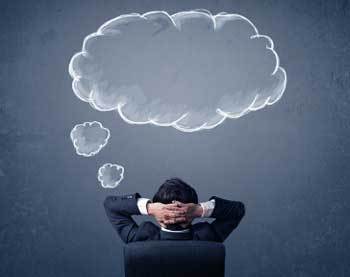 As a business owner and Chief Flying Instructor, I have always been intrigued by why some students succeed during flight training while others give up; or why some of them go on to join airlines and fulfil their dreams while others don’t. I‘m quite obsessed with self-development and psychology, and fascinated why some people never give up while others give up before they even begin.

I am not talking about individuals who are not quite sure whether they want to be a pilot or not, but the real die-hard aviation enthusiast who wants to learn to fly and to one day get paid to be an airline pilot.

I would love to be an Airline Pilot but….

Below are all the excuses I have heard over the last 30 years as to why someone would love to be an airline pilot but cannot be. In their minds, people have created excuses as to why it is not possible.

The only excuses I agree with are the last two: airlines generally don’t hire new pilots after the age of 65, and if the person has a medical or psychological issue preventing them from passing a medical, they will not get hired.

Their excuses tell me one thing: this individual does not want to be an airline pilot badly enough or, they simply cannot handle, and have not learnt to deal with, frustration.

It doesn’t matter matter whether you want to start your own business, or become a well paid lawyer, an artist, a doctor or Airline Pilot; to achieve anything rewarding you are going to have to handle ‘frustration’.

The definition of frustration is: being upset or annoyed as a result of not being able to change or achieve something.

Most individuals give up on their dreams for three main reasons

Some students give up at the first sign of frustration

It is common knowledge amongst flight instructors that the majority of our students give up just prior to going solo. I believe the reason for this is that learning to land an aircraft can be difficult  – and most students have an expectation that it will not that be that hard to learn. As soon as the training becomes difficult, they feel frustrated and give up.

Many students come to GoFly having heard a story about an old friend, or a friend of a friend, who  completed their first solo after just 10 hours of flight training. They may have had this anecdote in their head for years, and even when we try to change their expectations, they get frustrated when they get to 11 hours of flight training and have not yet gone solo.

‘The only person in this world you should be competing against is yourself.’ You may have heard a variation of the statement above at some point.

Notice how I stated that it is both challenging AND rewarding. As as a rule, nothing is really rewarding if it is very easily achieved, and of course, anything which is challenging can also mean it is massively frustrating.

But anything which produces frustration can also lead to massive rewards.

During my own flight training, I considered giving up many times. I failed every one of my flight tests the first time, except for my Commercial Flight Test. I found my twin-engine instrument rating so challenging that I felt like giving up on the course on a daily basis. But I stuck it out, and the feeling of achievement was well worth the massive frustration I had to deal with to get to the end.  Flight training will bring out the best and worst in you. It can be extremely challenging but the rewards can be exhilarating.

No one likes the feeling of frustration, it is a very close feeling to the feeling of being stressed. So it stands to reason that we try to avoid feeling frustrated at all costs. The easiest way to avoid frustration is to simply avoid doing things which make us frustrated, so we give up as soon as something becomes frustrating. This makes absolute sense if you don’t need or want to achieve anything meaningful or important, but if you are reading this post I will assume that you do not fall into this category.

How many people do you know who work in average jobs, live in an average house and have average dreams and goals?  Most likely a lot – if not the majority – of the people you know. The reason that there are so many individuals who live average lives is because they want to continue living in their comfort zones and do not wish to have to deal with frustration.  Also, many of them have given up believing that they have any real power to change their lives or that it is even possible to get what they truly desire.

There is another way

What if, instead of avoiding frustration, or giving up as soon as we feel frustrated, we could learn how to channel our sense of frustration into something that feels a lot better? Wouldn’t that be great? Over the last thirty or so years, I have learnt how best to manage my own frustrations. Some of these techniques I learnt from reading books and others I have learnt through trial and error. Here are some of my tips on how to avoid or eliminate feelings of frustration altogether, so you can succeed.

The first step in learning to deal with frustration is to expect it. If you are planning on doing anything new and it excites you and will be a challenge there will be frustration involved. If you expect it and almost welcome it then you will reduce its impact.

(2) Estimate how long, and how much, it will cost you then double it

Planning on starting a business and think it will take you twelve months and ten thousand dollars to begin? Well, you should really plan on it costing twice as much and taking twice as long, as there is then less chance of you being frustrated. Unrealistic expectations are what causes of lot of frustrations. For flying students for instance, I tell them that the legal minimum to get your initial pilot certificate is 20 hours, however, the average time taken is around 30 hours for part- time or casual students.

Talking to others who are going through or have been through what you have gone through is a great way to normalise the feeling of frustration you might be feeling. I love to read books and when I read about some individual who has achieved something and has dealt with massive frustration but continued anyway, it inspires me to keep going. I also then come to realise that my problems are usually not worth getting frustrated over. Reading about someone who has achieved what you are trying to achieve is a great way to motivate you and to reduce feelings of frustration.

Nothing relieves my frustrations more than going for a meditative walk on the beach on my own. This really allows me to clear my mind and receive creative inspiration to keep going. I like to do this at least twice a week. Owning and operating a weather-dependent business can be frustrating at times and I look forward to these walks and they also remind me how lucky I am to live near a beach. Find a reserve, park, hill or walk that calms you and allows you to get some perspective on your frustration.

I’m not at all sporty but I have read books which tell me that exercise can also help reduce frustration! While I do not exercise a lot, I know that after I go for a power walk or use my rowing machine, I feel a lot better and frustration does diminish.

(6) Frustration will be there regardless of what you choose

I used to be a Manager with a large insurance company. I was paid a lot of money for not creating a lot. While I was comfortable doing the job, I knew I was wasting my time, talents and abilities, and this caused massive frustration. In fact, I think this type of frustration is worse than any other form of frustration because it is within your control; you know what you should be doing, but you’re just too damn scared to do it and that is really frustrating.

If you had to choose between the frustration of not even attempting to go after your dreams, or the frustration that comes with chasing them, I know which one I would prefer.

I have learnt to use the energy of feeling frustrated, to motivate myself into action to create a structure that will eventually reduce the frustration. What on earth am I talking about? A good example of this is when I started my business. I used to get very frustrated on windy, rainy and low-cloud days when the weather prevented my flight school from making money. So, after some thought, I used this frustration to film and edit flying lessons, which could be sold on DVD and posted to people to create income, regardless of what the weather was doing.

The year after I created these videos, the Sunshine Coast experienced the longest  period of wet weather in 100 years. This low, but constant, income from the videos saved my business from closing down. So, as you can see, frustration, when turned outward into positive action, can create massive positive results for your life. (I have since filmed the ab initio lessons again, this time in 360-degree video and you can download the first lesson for FREE here. )

When I was working for the insurance company, I imagined being 60 and still being stuck in the same dead-end boring job and looking back on my life thinking: ‘How would my life be different if I had taken a chance and followed my dreams?’ This was a big motivator for me.

Your dream of being an Airline Pilot is at the moment just a dream. Dreams and visualisations are powerful things. Close your eyes for a moment and imagine that you’re old, and you’ve been stuck for many years in a boring job which does not inspire you. Next, imagine what your life could have looked like if you were determined to handle your frustration and determined to become an airline pilot. Imagine your perfect future. What would it feel like to actually change your life and fulfil your dream? A favorite saying of mine by Henry Ford is: ‘Whether you think you can or you cannot, you are right.’

Whether you choose to achieve your dream and learn to deal with frustration or not, is the choice you must now make.

It’s time to get frustrated!