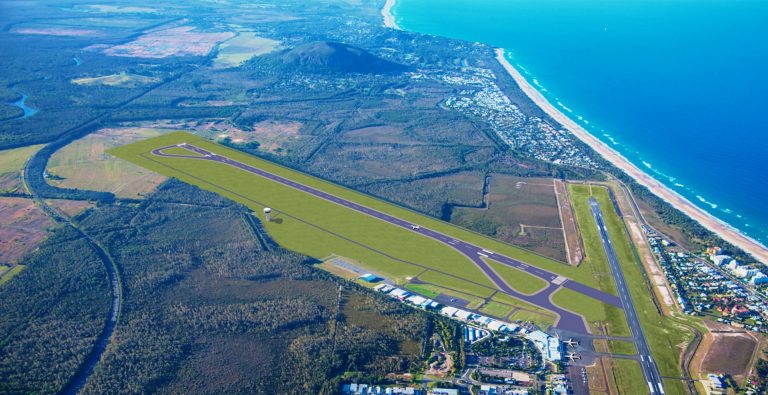 As the owner of a busy flying school, I often get complaints passed on from the local council, or sometimes directly from residents, in relation to the sound of aircraft flying near or over their house.

On most occasions it is not the planes from my flight school which are causing the noise, however, when a resident searches online for ‘flight school Caloundra’, GoFly Aviation often comes up as the number one entry on the list, so they mistakenly assume that there is a good chance that it is one of my aircraft making the noise. It’s important for our school’s reputation that we deal with nearby neighbours in a courteous manner, regardless of whose aircraft it is making the noise.

GoFly Aviation has well maintained aircraft with low-noise engines and very strict rules on avoiding flying over noise-sensitive areas, but even so, some nearby residents will still find a way to be unhappy while living beside a busy airfield.

Why do they complain?

I find noise complaints a very strange phenomena as they appear to be solely targeted at smaller general aviation airports. I am going to list a few reasons why I find it strange:

I do believe there are some occasions where noise complaints make sense; for example if a new international flying school opens up without public consultation and all of a sudden an airport has five times the number of aircraft movements per day (and an increase in noise). The other reason might be an aircraft completing emergency procedures or flying outside the nominated times for noise abatement procedures.  The flight training times that GoFly offers, are between 7.30am and 4pm, when the majority of people are not only awake but most are heading out to work and school.

If you buy or build a house beside an international airport or a busy highway do you think the local government is going to listen to you if you start complaining about noise? The answer is obvious, of course they will not, and I believe the reason why is very simple. Highways, expressways and international or major airports are what we deem ‘essential services’ which most people use on a semi-regular basis. So it doesn’t make sense for them to complain about the existence of an essential service. I believe that smaller general aviation airports are seen to be places which most people will not visit or make use of often, and are also perceived as the domain of rich individuals who fly for fun. While this may have an element of truth, general aviation airports provide so much more than a base for millionaires to enjoy their hobby. Most of my clientele are middle class workers and struggling students with their hearts set on joining an airline one day. If not learning at a small airport – without the confusing radio calls and without commercial aircraft taking precedence over them –  then where are our future pilots going to learn to fly, so that they can then fly these complainants away on their future holidays?

Let’s try to see it from their point of view

I believe some real estate agents do not disclose truthfully the proximity of the airport and possible noise issues when individuals are buying or building a home near the airport. A lot of individuals will also inspect a home before or after work, when aircraft noise is at a minimum.

If someone rings me with an honest request to take a different route to minimise noise, and it makes practical sense and does not jeopardise safety, than I am more than willing to change our flight paths accordingly.

Recently I had a local retired couple call me to tell me that they have at least 20 aircraft each day turn over their house at a height of about 700 feet. When I looked at Google maps, I discovered that their house was situated directly under the designated crosswind turn, where aircraft were doing circuits on a particular runway.

Although everyone based at Caloundra airport was sticking to the ‘Fly Neighbourly’ policy and not turning crosswind until 700 feet, the couple were still getting up to 10 aircraft per day doing circuits (at approx 8 circuits per lesson!). This equated to 80 aircraft per a day turning over their house at the 700 feet level. I could understand their frustration. All it took to solve this problem was to get together with other Caloundra airfield operators and agree to turn into the crosswind section of the circuit once we reached the water at Pumicestone Passage. For pilots it simply meant another twenty seconds of climbing in the upwind section of the circuit to keep the residents below, happy.

Sometimes though, you cannot make everyone happy. I once had a very aggressive (and gym-buffed) nearby resident come down to the airfield wanting to pick a fight with one of my instructors. This resident had just purchased a house at the end of the runway and could not understand why we had to keep flying over his house!

My instructor was very calm and explained that in certain wind conditions we have to land and take off on that particular runway, and, as his house is situated directly off the end of the runway, there is no way to avoid flying over his house as aircraft cannot turn below 500 feet. He didn’t like the fact that the aircraft noise was affecting his afternoon nap. Ironically, he told us he worked as a jet ski instructor (now those things are really noisy!!!). He eventually backed off and went home.

I believe we need to use common sense when it comes to airport noise complaints. We require general aviation airports for the healthy future of our aviation sector, both for training as well as maintenance and private operations.

I believe that one way forward would be for all houses within the noise radius of airports to require a disclosure for new purchasers, to ensure that the prospective new owner understands that there will be airport noise and that the airport may grow in size in the future. Also, the disclosure document would state that the resident cannot complain about the noise unless a particular operator or aircraft has broken a law or gone against the ‘Fly Neighbourly’ policy.

Light aircraft will be more quiet in the future

The good news is that the future for light aircraft is going to be electric and it’s going to be a lot quieter. So hopefully technology will allow both sides to get what they want: afternoon circuits and a nanna nap at the same time!

Alternatively, another idea that could work, is that all houses in the surrounding area should only be available for sale to aviation enthusiasts only!

Happy and safe flying (as quietly as possible)!